The giant ate Hedda’s cake. Then he roared for more cake. So Hedda made the giant a very big cake. Will the giant like it?

There are different kinds of vegetables. This book tells you about vegetables and why they are good for you.

Did I scare you?

Alice liked to play tricks. She liked to scare her family. What happens if the family play a trick on Alice?

It is supper time, but little chick does not like worms. The other animals said to try their food, but the chick did not like it. What will the chick have for supper?

Joan had a goat, a silly, silly goat. It ate her toast and coat and soap. Can Joan stop the goat eating?

The queen tried to sleep by counting sheep, but the sheep just add to her problems.

Run to the Sea

Some baby turtles hatched from their eggs. They are running to the sea. But the seagulls are watching. Will the baby turtles make it to the water?

Well, well, what a sight. Watch your left and watch your right. Do a rap about the traffic light.

Mick drove his truck up the Tricky Truck Track. Things were good then things were bad. What will happen to Mick and his truck full of ducks?

Is it a good idea to keep chickens as pets? These children think so. They tell you why people should have chickens.

You can make a magnet. It will pick up things. This book tells you how someone made a magnet.

A girl has two grandmas. Her grandmas are very different. In this book she compares her grandmas.

You can use paper to make pictures. This book shows you how someone made a paper picture of a fish.

Plants can give out water. Where does the water go? You can find out what happens. This books shows you how.

What would you find at a reptile farm? Can you hold the reptiles? Would you hold a crocodile?

We make lots of rubbish. Where should we put our rubbish? Why should we care about rubbish? This book tells you.

What do you pack for a school camp? This book is a diary about getting ready for a camp.

What Shape Is Water

Water changes shape when you tip it into something. How can water keep its shape? This book explains how.

This book tells you how to tell the time on a clock. It tells you about the hands on a clock and the hours. Abby and Ella are hungry for some ice-cream. But there is no ice-cream left. Then they decide to make some. Can they do it? Claude Money was the sneakiest train robber. He went into, out of, over and under the carriages. But where will he land? Grandpa tells Jack a bedtime story. Then Jack tells a story. What happens next? A girl wrote a letter to her dad. Where was her dad? What did she say to him? A tortoise falls down a well. A giraffe, a monkey and an elephant help. Who will save the tortoise? Goodnight” said Dad. “Sleep as tight as one big baboon.” But how can the boy sleep with two tall giraffes? The claw-lip hunter lives in water and eats small water animals. When it comes out of the water, what will it be? Find out in this book. The stick insect and the leaf insect are clever. They do clever tricks. Can they trick you? Many things we use need electricity to work. Long ago there was no electricity. What did people do back then? You can make a jet plane. You can fly it a home. This book shows you how. 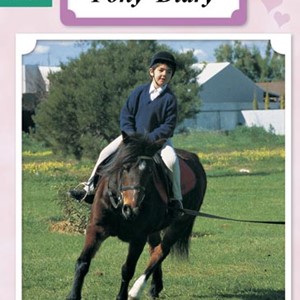 What would it be like to have your own pony? Would it be fun? This book tells you about it.